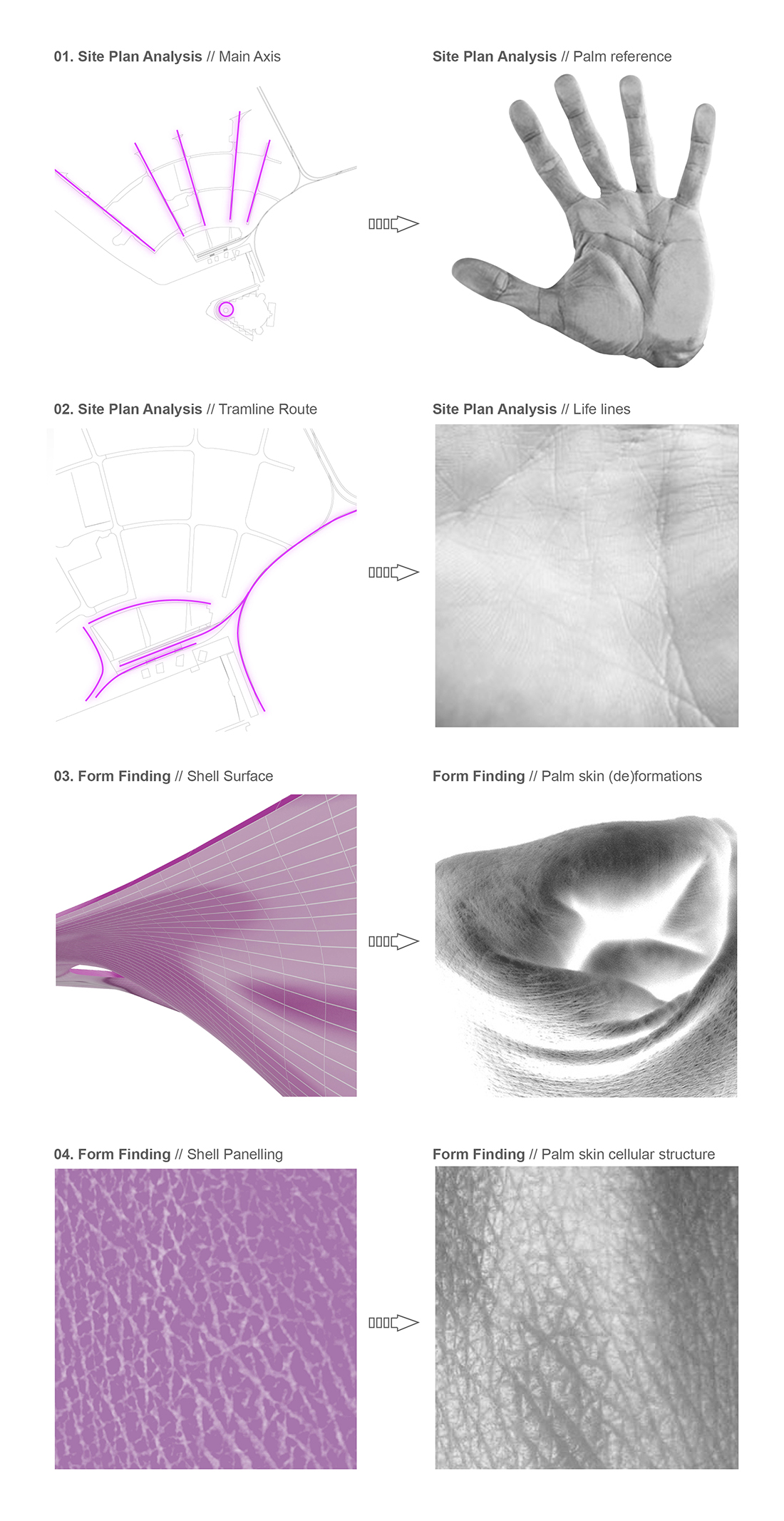 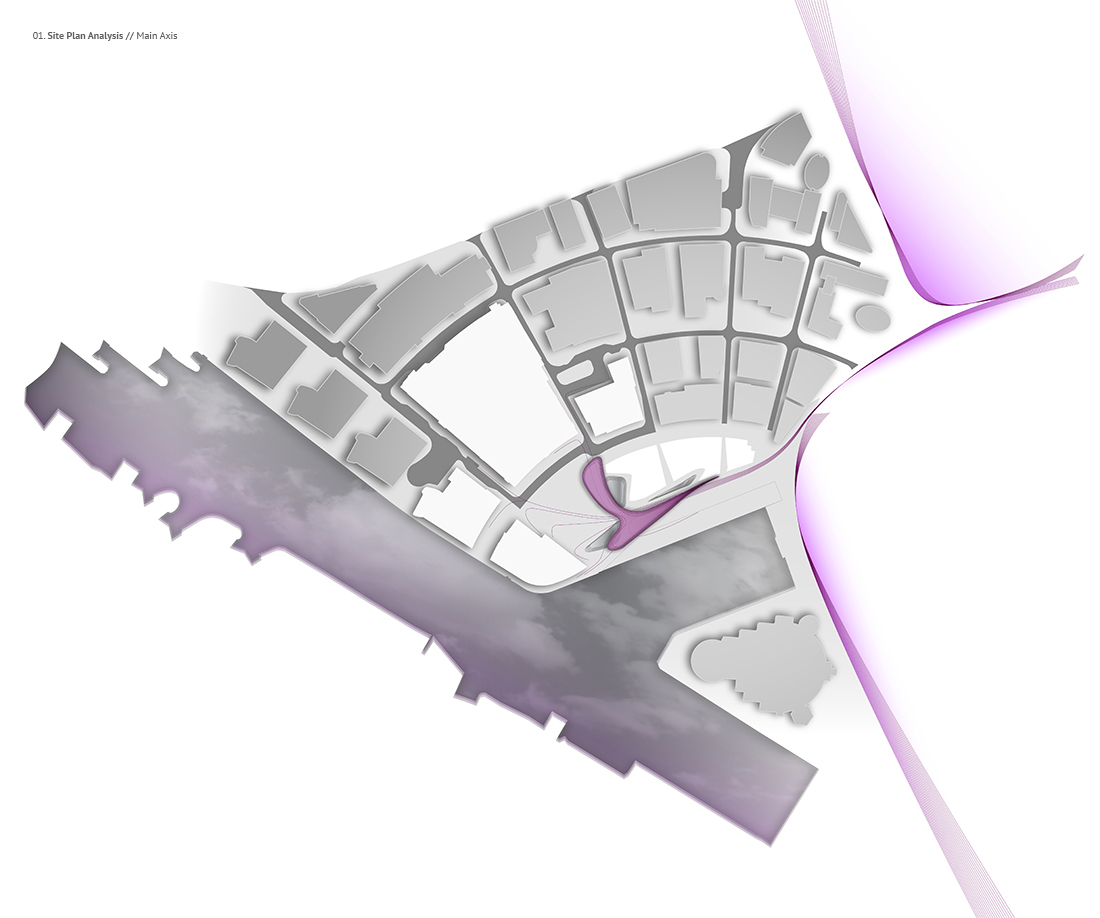 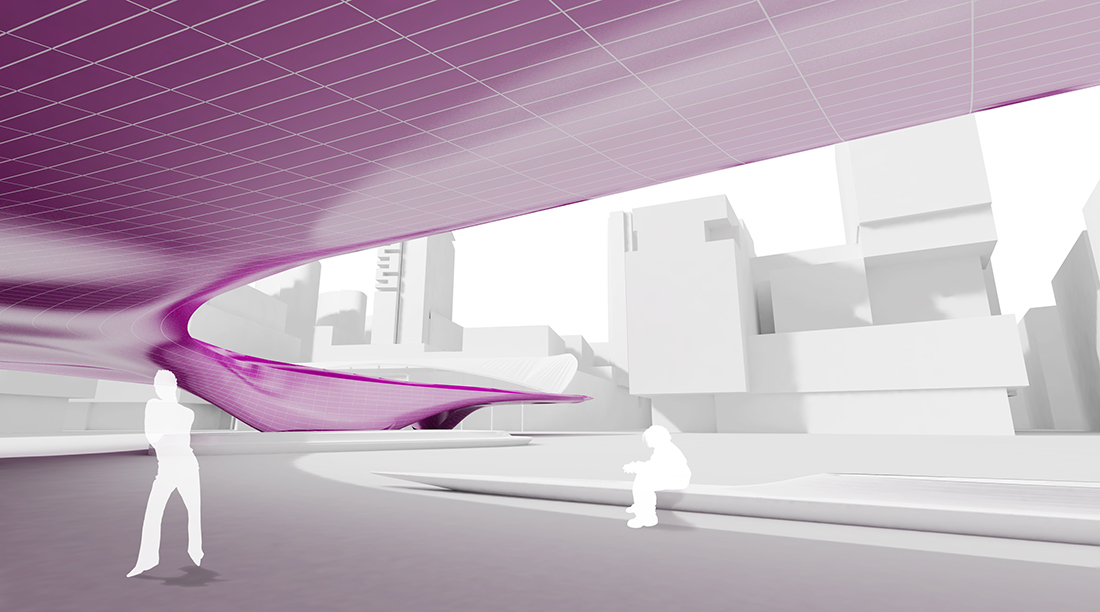 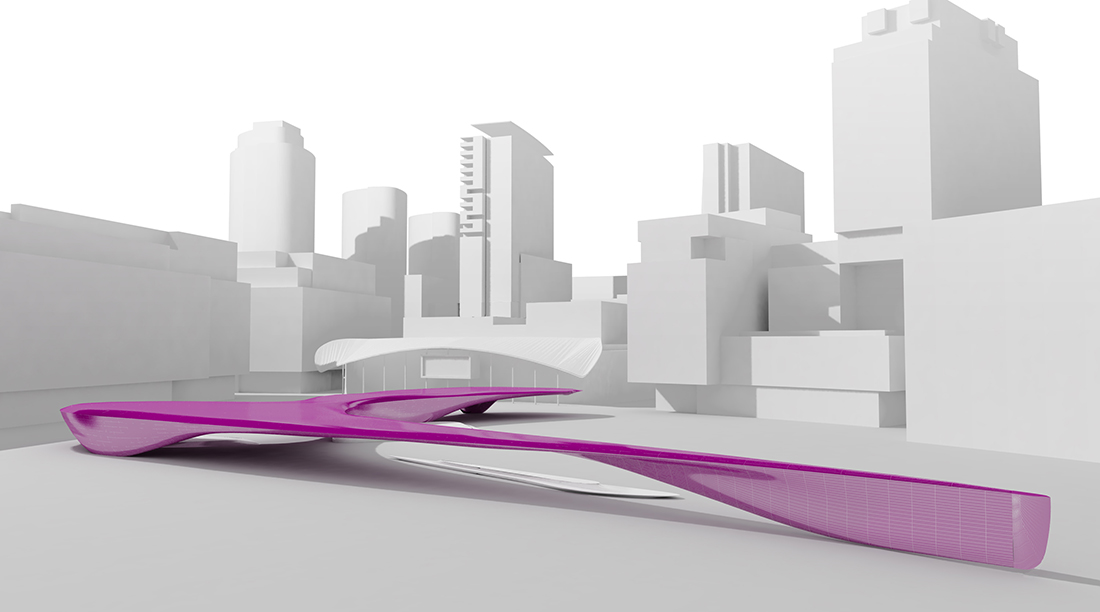 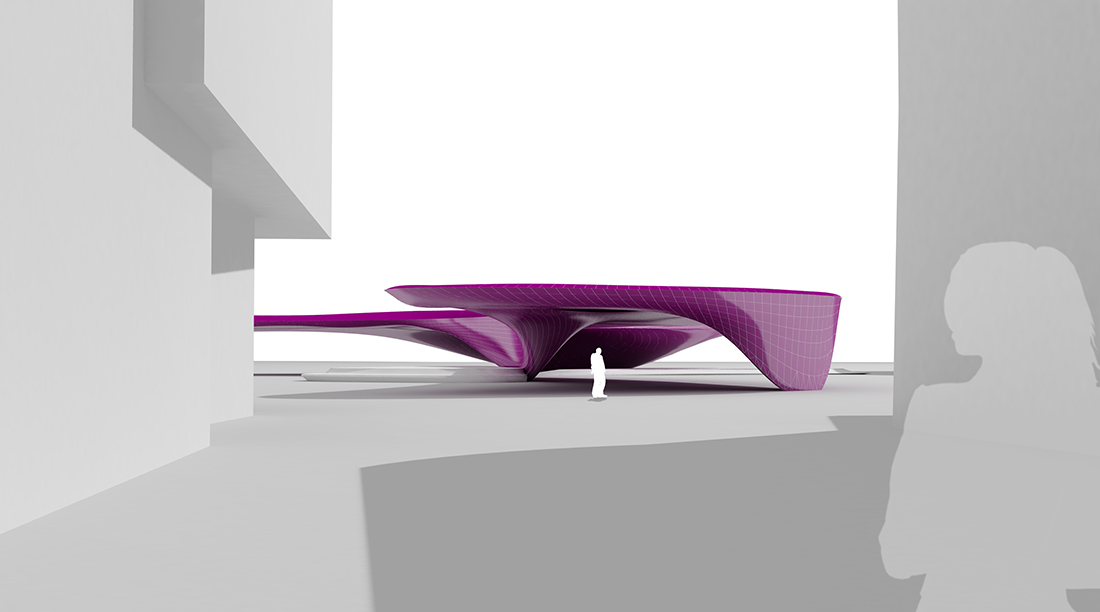 The designed canopy is a fluid public space fusing entertainment with its day to day function as a canopy for arriving and departing passengers to and from the BBC Media City Centre.

Its soft, fluid and yet dynamic form complements that of its surrounding linear environment. Enclosed amidst a more cubic setting the canopy expresses the dynamics of everyday movement and is formed by cross linear paths of its users. It is the result of communication between buildings, paths, open space and waterfront.

The canopy’s fluid form is shaped after exploring the resemblance between the masterplan and a human hand, where the roads become fingers and the piazza becomes the palm. The canopy’s form is further shaped in similar with the elasticity of skin folds and structured by life lines. There is no distinction between roof and walls, which melt together creating distinct contrasts of light and shade.

The bandstands are two fluid elements of landscaping emerging from the ground, also creating seating areas and recreational spaces – one of them directed towards the park and the other towards the piazza.