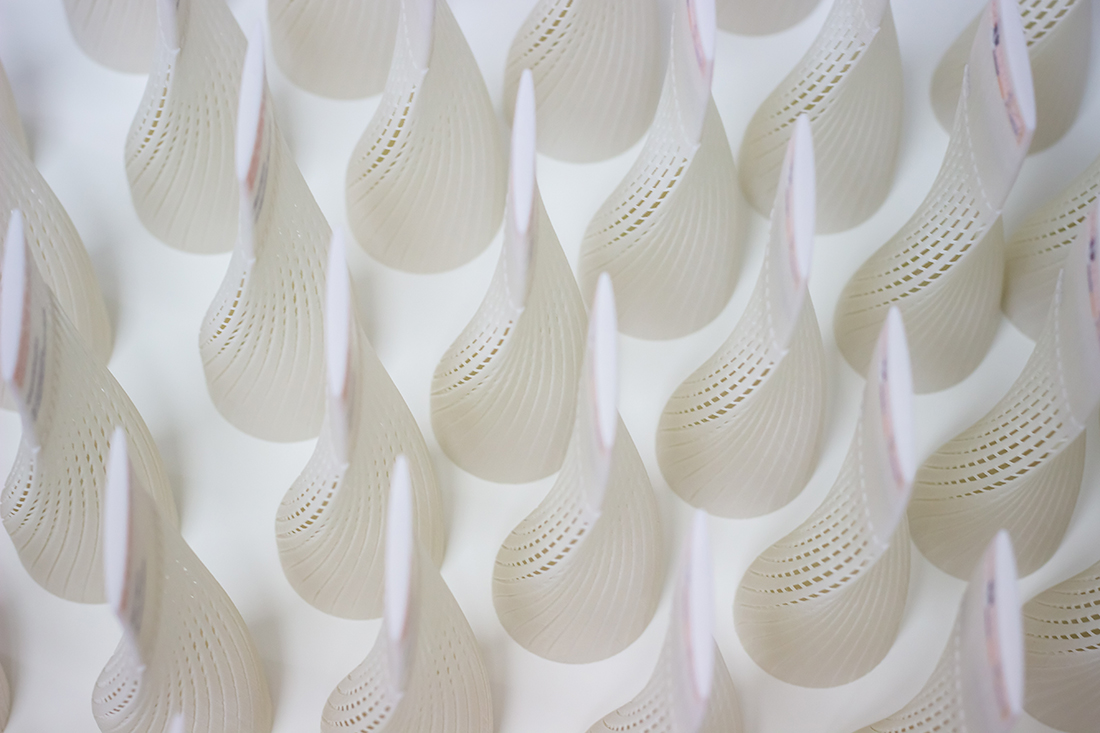 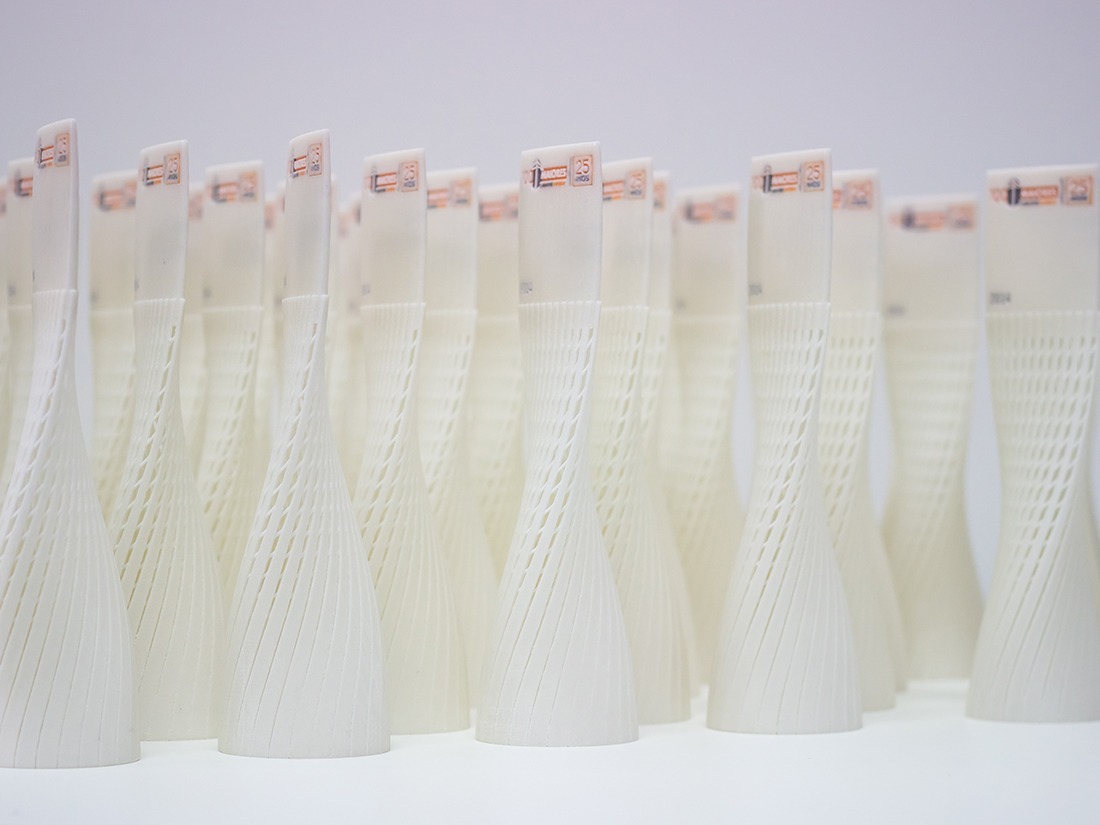 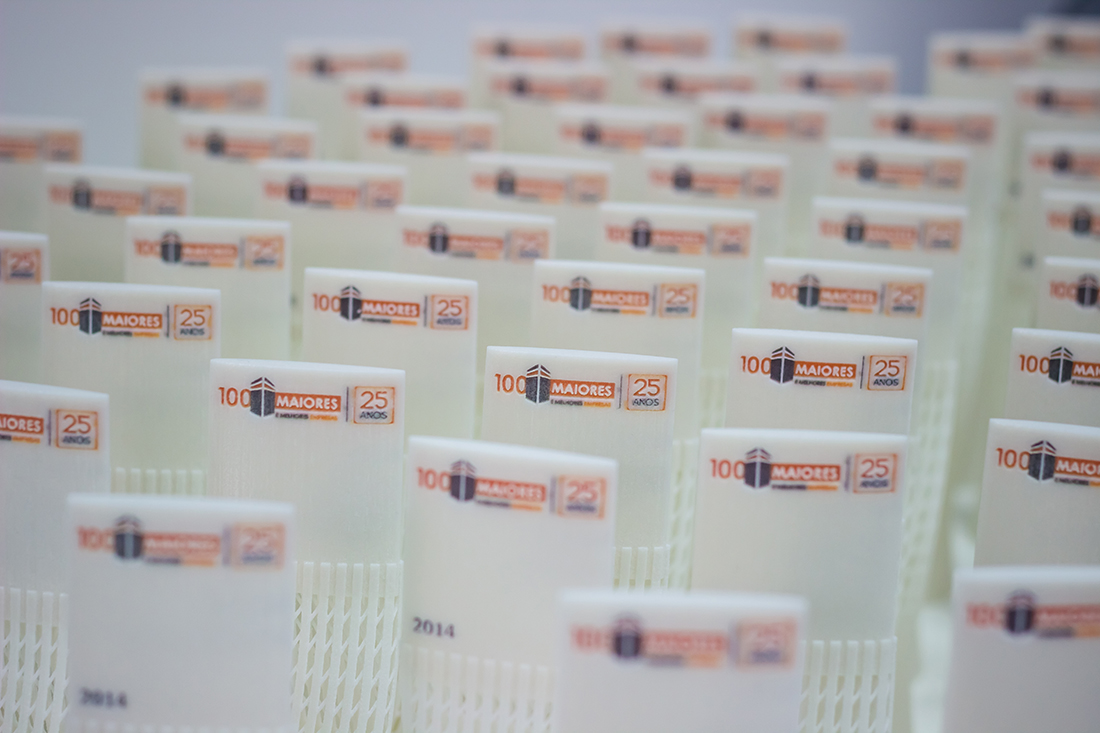 We were approached to design and print the awards for an upcoming awards ceremony (100 Maiores e Melhores Empresas) that focuses on the success of the 100 biggest and best companies of Madeira. This also happened to be the 25th anniversary of this event, with the Portuguese Prime Minister Dr. Pedro Passos Coelho invited as guest speaker.
The structure was designed to reflect the importance of the event marked by its 25th anniversary and to show the idea of successful growth. The form derives from 25 solid foundations that climb and twist, then begin to morph into a network with tensigrity and dimension found in truly successful businesses.